MatrixDapp CEO Xiao Wu recently revealed that the development team has rebuilt the technology base, art effects, and rendering during the Spring Festival. The MatrixDapp team has been exploring the game’s creativity, decentralized gameplay, improved computing
efficiency, and reduced transaction costs. What is currently revealed is that players will be able to freely combine parts of the aircrafts in the game, with different aircrafts with different skills. The ‘on-chain’ gameplays include: spaceship upgrades,
gift packages, rewards, sales, and partial map logic. The new game “Project First Universe”, which was originally planned for pre-sale at the end of February 2019, was expected to be launched in May. Please pay attention to the official website for
the latest project progress: http://www.matrixdapp.com/

The “Imperial Throne” Team Will Cooperate With TRON To Launch The Dplay.One Platform

INFUN PTE.LTD. Commerce Leader Fangfang Huang revealed that the Dplay platform official website dplay.one has entered the final test stage and is expected to meet the players in early March. The platform was built by the team in cooperation with TRON.
The purpose of launching this platform was mainly to facilitate players to understand the blockchain ecology, understand TRON DAPPs and quickly find interesting and profitable DAPPs. The platform will also explore ways to make blockchain games
easier to play, and thus bring more traditional gamers into the blockchain world. The platform construction is expected to be carried out in two phases. The first phase of the platform function will realize the evaluation and tracking report of
DAPPs. Then two functions of playing game mining and platform dividends will be realized in the second stage. The development of the “Imperial Throne” game will be postponed.

The Decentraland team is expected to launch a two-week creator contest in early March. The results of the competition will be announced one week after the end of the competition and the winner will have the opportunity to win LAND and MANA. The
contest asked participants to create using the drag-and-drop scene editor –‘Builder’, which was developed by the Decentraland team. Builder is based on the powerful SDK development of the Decentraland R&D team, and anyone can use the Builder
to develop immersive static scenes for LAND. For details on registrationand activities, please visit: https://contest.decentraland.org/en.html

“CryptoThrone” is a simulation business strategy game based on EOS. It ranked 4th on DappRadar (https://dappradar.com) in the EOS game list with 890 players in the last 7 days, and 925 EOS trading volume in the last 7 days. Project leader Yang
Song said that the team is currently working on the development of two DLCs on the game: Heroes and the Infinite World. In addition, the team will launch a new game in the future.

NEO DevCon 2019, the NEO Ecology Annual Event, ended on February 17th in Seattle local time. NEO’s two founders, YuwenZhang and HongfeiDa, thoroughly interpreted and shared NEO’s future development and vision from a technical and conceptual perspective.
Da shared NEO’s mission of providing better service and smart economy through the implementation of NEO 3.0. The goal is to make NEO the most developer-friendly decentralized application development and deployment platform, which provides
high performance, strong ecological support and compliance solutions. According to the relevant person in charge, NEO will also invite a number of famous Japanese seiyuus and an all-girl pop group 9nine to the NEO Game Conference in Akihabara,
Japan on March 9-10. NeteaseGames, DMM Game, Thunder Fire Studio, MAGES.Labs, Yoani and many other traditional game manufacturers are also attracted to the Event.

The Blockchain Games Next event will be held on Tuesday, March 19th from 1pm to 7pm in Bespoke, downtown San Francisco, USA. This blockchain game summit will explore the current state of the game and opportunities in the industry, bringing together
blockchain developers and platform partners. This half-day activitiyis free and will provide a relaxed environment for blockchain game developers, platforms, tool developers, investors, media and other interested parties to discuss key issues,
trends and opportunities. Keynote speakers include Mickey Maher, Business Leader of CryptoKitties, Tony Pearce, co-founder of Reality Clash, Jeffrey Zirlin, Community Leader of Axie Infinity, and Alex Amsel, Head of Blockchain Strategy at
Valerian Capital. Jon Jordan, head of public relations at BlockchainGamer.biz (MC). 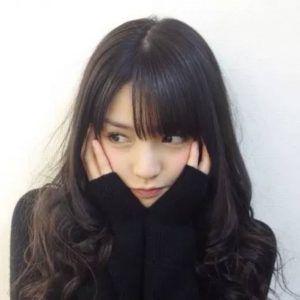